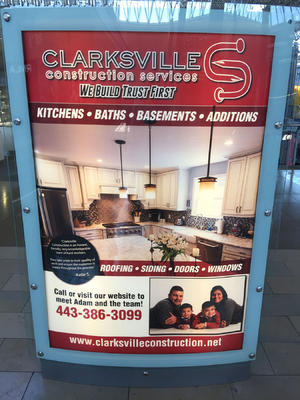 A Tale of Two Companies

Best Company was the brain child of two entrepreneurs, Tom and Sally, who could build a better bicycle than anything on the market. They knew they had to plan carefully and execute perfectly to be successful against the big boys – Trek, Giant, Cannondale, Orbea, Bianchi,…

THE STARTING POINT ON THE PATH TO SUCCESS

“In the end, a vision without the ability to execute it is probably a hallucination.” —Steve Case, AOL co-founder

Tom and Sally wanted to ensure the foundation of their company started them down the path of success. So they hired an attorney and an accountant to help them create the business – choose an entity type, create the documents to register that entity, and obtain federal and state tax identification numbers. This team created the operating agreement, including a buy-sell agreement, which laid the ground work for how the business would operate, who would oversee each aspect of the business and what would happen if their partnership didn’t work out. This depth of understanding about everyone’s roles and responsibilities enabled Tom and Sally to start on the path of success for the business.

Working with their accountant and bookkeeper, a business checking account and credit card was established, capital funding was secured and an accounting system was implemented.

“Every time you state what you want or believe, you’re the first to hear it. It’s a message to both you and others about what you think is possible. Don’t put a ceiling on yourself” – Oprah Winfrey

Tom and Sally appreciated that by carefully selecting their branding and logos prior to launching their business they would maximize their ability to capture consumer goodwill. More importantly they understood that combining the proper branding with obtaining federal trademark registrations would maximize their return on investment for every advertising dollar.

To start, Tom and Sally met with their attorney to understand the different categories set forth under US trademark law for determining which types of brand names can obtain a US trademark registration. This provided a good foundation for brainstorming different potential brands that could be adopted by the Best Company. During the brainstorming sessions Tom and Sally focused on identifying brands that would communicate the culture that the Best Company would embody and which would come to symbolize the high quality bicycles and bicycle parts that would be manufactured.

Some of the potential brands that initially excited Tom and Sally were then discarded due to the unavailability of an associated .com URL. Additionally, the use of the URLs by others also indicated there could be limited available federal trademark protection.

After narrowing the list of potential brands, Tom and Sally then decided upon initial favorites. Then requested that their attorney perform a comprehensive search and prepare a written opinion as to whether of their favorite brands could be registered. The search also provided information as to whether the use of their favorite brands would infringe the trademark rights of third parties. Going through this process allowed Tom and Sally to further distill their list of favorite brands down to a core selection of brands that would form the foundation of the Best Company’s public identity and brand campaigns.

After learning about the different categories of brands which qualify for federal trademark protection, brainstorming favored brands, checking for the availability of desirable URLs, and performing comprehensive trademark searching and obtaining a written opinion, Tom and Sally filed US trademark applications for their brands, secured associated URLs, and began preparing a successful marketing campaign.

“When you find an idea that you just can’t stop thinking about, that’s probably a good one to pursue.” – Josh James

Tom had already amassed some startup capital while working for The Columbia Bank as a loan officer and Sally had accumulated additional startup capital while working as an insurance adjuster for State Farm. One goal that they had when envisioning the bicycles that the Best Company would manufacture was that they would be of the highest quality while also being manufactured in the USA. In order to make it possible to compete in the marketplace with bikes that were made abroad, Tom and Sally developed better processes for the online ordering, manufacturing, and delivery of custom bicycles. In the process of organizing the manufacturing and setting up their business operations, they realized that they had developed some new and exciting improvements to existing bicycle structures, developed new manufacturing processes, and developed some new manufacturing machinery.

Prior to disclosing their new developments to the public or to third parties, Tom and Sally met with their attorney and decided to have patentability searches and written opinions prepared for their different ideas to determine whether any of them were likely to be patentable. They knew that, if possible, the obtaining of patent protection would provide them with exclusive rights to practice their invention for a limited period of time. This would provide a competitive advantage over other bicycle manufacturers while making it more costly for them to compete with the Best Company.

After considering the results of the patentability searches and written opinions, Tom and Sally filed US patent applications that later matured into US patents. These patents allowed the Best Company to secure greater market share while providing time for consumers to associate their bicycles with their brands.

“Liberty, equality, fraternity, or death; – the last, much the easiest to bestow, O Guillotine!” – Charles Dickens

Tom and Sally understood that regardless of whether one is selling bicycles, splints, shredders, dog toys, mobile phone cases, or the like that infringement of third party patents is a possibility. Like many other manufacturers, Tom and Sally contacted their attorney to have an infringement search and written opinion prepared for their improved bicycles and bicycle parts. Based on the results of the written opinion some minor modifications were made to their improved bicycles to minimize any potential patent infringement issues. This allowed them to avoid recalling products after costly investments in tooling, advertising, and inventory.

While Tom and Sally were later contacted by a competing bicycle company in connection with that company’s patent on a bicycle handle, the matter was readily (and cheaply) resolved thanks to some of the modifications made based on the written opinion that was obtained years earlier.

PLANNING THE ROAD TO SUCCESS

“Anything that is measured and watched, improves.” —Bob Parsons, GoDaddy founder

The first step down the path of success for Tom and Sally was to create a business plan. The business plan enabled them to ensure they had a unified vision of all aspects of the new business including:

They worked with their accountant to include budgets and projections so they could track and measure the success of the business.

If you have any questions regarding accounting and/or bookkeeping please contact TBooks. Teresa Sanders has been helping individuals and business with their bookkeeping and accounting needs for over twenty years.