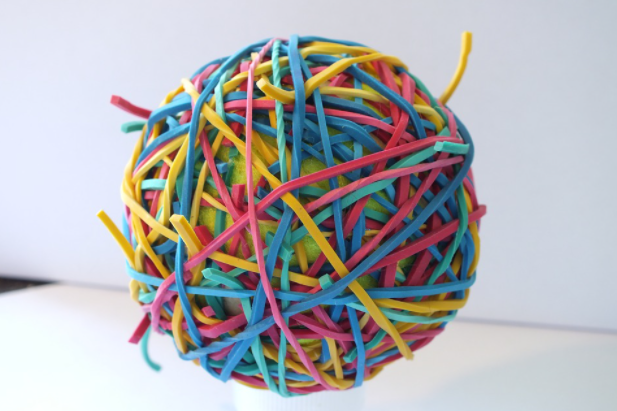 From Elastic to Extraordinary — 4 Historic Patents Granted In March

March is a month of renewal. Spring returns, and with it, creative energy. As the ground begins to thaw, many people have been able to return to their passion projects and create inventions that have changed the way we live. So it’s no surprise that so many historic patents were created in March. Here are a few of the most notable, most interesting historic patents created in March.

If you’ve ever taken clothes to the dry cleaner, you can thank this patent granted on March 3, 1821 by a tailor named Thomas Jennings. The details of how his “dry scouring of clothes” method worked have been lost due to a fire at the building which housed patent records in 1836, but we do know that this was one of the earliest forms of modern dry cleaning.

Jennings was also the first Black American to receive a patent. At the time, slavery was still in full force and slaves were not allowed to apply for patents, but Jennings lived in New York as a free man. He used the earnings that came from his invention to fund abolitionist causes and eventually bought his family’s freedom.

What is more common than a rubber band? You might even have a kitchen drawer full of loose rubber bands or a tightly bound ball of rubber bands somewhere in your house in case you might need them. But there was a time, too, when the rubber band was not the household answer to an open bag or a science project. Then, on March 17, 1845, British inventor Stephen Perry received the patent for the rubber band. His rubber bands were used to seal pieces of paper. Rubber bands today can be found all over households, offices, and even hospitals — or simply on the side of the road wrapped up as the World’s Largest Rubber Band Ball.

This is perhaps one of the most well-known inventions, and it was also patented in the month of March — March 7, 1876, in fact! Three days later, Alexander Graham Bell made the first phone call to his assistant in the next room and uttered the famous words: “Mr. Watson, come here — I want to see you.” Like many historic inventions, the telephone has evolved tremendously in the past century and a half. In the 19th and early 20th centuries, telephones were luxuries. By the early 2000s, it was hard to imagine a household without them. Now, the cell phones that accompany us wherever they go owe their popularity to Bell. 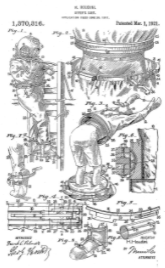 Throughout the early 20th century, stage magician Harry Houdini was famous for his death defying stunts. One of his most famous acts was being lowered into a water tank in a straightjacket and somehow still managing to escape before he drowned. The diver suit for which he was granted a patent on March 1, 1921 was just as wondrous, if more practical. With separated upper and lower sections, divers could easily shed the suit if need be and escape while submerged under water.

March is a wonderful time of year for invention, but you can decide to share your work with the world in any month of the year. Need help filing your patent application? Garcia-Zamor is ready to assist you with over 2 decades of experience in the field of patent and IP law. Contact us today to learn more or to set up a consultation.